One of the critical reasons for React Native’s increasing popularity is that it permits development for both iOS and Android. Therefore, you don’t need numerous developers to write for the various mobile platforms – only one developer will be sufficient.

React Native is mainly known for its efficacy and speed. It works well for developing apps and websites and greatly helps lower the cost and duration of mobile application development. Additionally, it offers a simple and suitable environment for mobile while utilizing React Native debugging tools.

Several React Native technologies greatly accelerate the speed at which apps are developed. Let’s look at some major ones you can use for your upcoming project.

Read in Detail: React Native Mobile App: Is it Worth Using?

Several great React Native development tools are available today, each of which has unique qualities that set it apart. However, as the Top React Native app Development company in the USA, we bring you the most commonly used React Native Development Tools. Let’s look at them now:

Sublime, released in 2008 as a Windows OS, is the other tool on the list for React Native development. Sublime Text is a robust text editor for coding, markup, & prose.

It offers code hints, cross-platform editing access, and split editing. It is adaptable for working on many projects simultaneously and shifting between them and features a unique UI toolkit for speed and interface.

Also Read: How to Support New React Native Architecture in your Mobile App?

It helps write high-quality code faster and irrespective of the project’s complexity. It also includes development tools and remarkable support for significant technologies.

Users can build, modify, launch, troubleshoot, and maintain their React Native apps with the help of WebStorm. Additionally, it saves time in setting up a time for a development environment.

It is an open-source toolset for React development that are coming to Expo. It includes simple-to-use components and APIs and has its own CLI. It offers an SDK library, native APIs for iOS or Android, and several React component sources.

It also offers several UI elements that address several use cases but are not included in the core of React Native (like blur views, icons, and others).

Expo accelerates the development and testing of React applications for development. You can update your app with Expo in a few minutes without going through app store approval procedures or using other React Native app development tools.

Additionally, it enables the ability to find programming errors, develop your own linting rules, and discover more about the source code.

A built-in interface builder is included with XCode to help create visual user interfaces. Along with these features, it includes a compiler, simulator, graphical debugger, and thorough documentation.

To create and debug React apps for Android, use Android Studio, a robust development environment. Additionally, it provides the tools that allow for the fastest app development on all Android devices. It contains a real-time profiler, APK analyzer, visual layout editor, intelligent code editor, and flexible build system.

Facebook created nuclide in 2015 to give React Native users the most fabulous IDE experience possible. It is an open-source editor that offers remote development and working sets, and it has javascript development, hack development, and a built-in debugger.

With Nuclide Editor-Atom, you can modify React App features and analyze elements in real time. It includes features like jump-to-definitions, auto-complete, and inline errors. 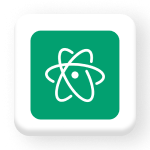 GitHub released Atom, an open-source text editor, in 2014. It is compatible with creating React Native applications on Windows, Linux, & Mac. The best aspect is that you can use Atom to add other open-source packages to your web app to increase its features and capabilities.

Finding errors and problems in your code is the main advantage of utilizing Flow’s static type annotations.

The bit is a development platform that supports the creation of a component library for React Native and is another React Native tool for mobile app development. It addresses the problem of UI libraries being shared and collaborated across repositories. Bit enables you to render, search for, install, & modify components from any new React Native project.

The command-line interface (CLI) tool Ignite CLI is used to build and manage projects in various frameworks. It features Ignite UI for JQuery control templates that are already built.

Ignite CLI is a command-line tool that generates and changes code files. You can get a head start on your next project using Ignite UI CLI.

CodePush allows you to push mobile app updates straight to user devices. With the help of the given client SDKs, apps may request updates. It is a central repository for publishing particular updates to JS, HTML, CSS, and image improvements.

It enables you to interact with end customers more directly and reliably. You may use it to fix bugs and other little features as well. 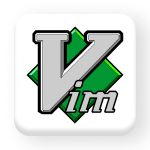 An influential screen-based text editor for producing and editing Text is called Vim. It is open-source and free and may be used as a standalone application in a GUI and a command-line interface.

It has extensive plugin support and powerful search and replacement features and can interface with various tools. It also has multi-level undo.

React Native has an enormous ecosystem. However, we have mentioned all the required React Native Development tools, libraries, navigation, database, etc. Considering the size of the ecosystem, we may have missed a few.

Which tool is best for React Native?

There are several high-quality React Native Development Tools on the market. Below are several best tools:

How do I install React Native tools?

Which editor is best for ReactNative development?

Based on its various features, plugins, and thorough documentation, WebStorm is the best IDE on the market for developing React applications.

What needs to install for React Native?

Which backend is best for React Native?

React Native projects that depend on MVC and have an extensive database can be managed by Firebase. And Firebase is the best option if you want to create an app that needs data syncing and offline updates.

Which tools are used for React Native?

Hello! I'm Henit Nathwani. I'm working as a Team Lead - Mobile Department at Evince Development, having experience as an iOS and React Native developer who loves exploring everything in trend! I likes to write about various project management tools and apply my findings to projects in my free time.

How Much Does Website Redesign Cost? What are Factors That Influence Price

Who, Why, What, And How: Planning For Website Redesign 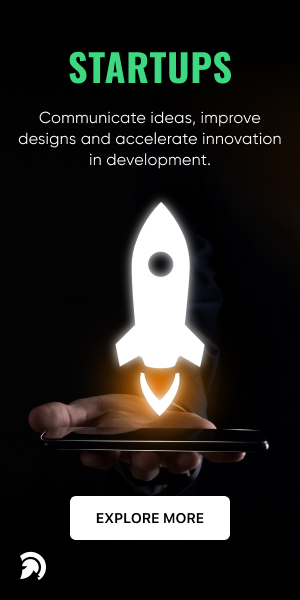