Flutter vs. Native in 2022: Which to Choose for your App Development?

Developers are using native technologies to create mobile apps for the two most popular platforms, Android and iOS. However, the development of native apps is costly, businesses are becoming more interested in cross-platform frameworks like the Flutter framework.

Since it reduces costs and development time, businesses use Flutter app development services. With a single codebase, cross-platform apps deliver native-like performance on both platforms.

It may be unclear whether to develop two applications with separate codebases or one that can run on both mobile platforms. A comprehensive comparison considers performance, use cases, app development costs, and many other factors to help you make the best decision. Let’s dig into the blog to choose when to use Native or Flutter technology for mobile app development.

Looking for million-dollar startup ideas to turn into the next big name in the market? Here are the 18+ trending startup ideas that you should look for!

Since its beginning, Flutter has risen significantly in the industry. It was developed by Google about five years ago. Using the same core library of controls and a single codebase, it is a UI framework that aims to integrate the development of Android and iOS user interfaces.

It is built on a language called Dart, also created by Google. Dart should be familiar to a flutter developer who has worked with JavaScript or other similar languages.

The following examples involve the use of Flutter:

Flutter is supported by the Flutter community and a team of Google developers. It’s crucial to remember that Flutter only targets the front end, the back-end functionality of apps is still up to the developers, and the market provides various solutions.

Flutter solves a common issue in ios and android app development: the variations between Android and iOS UI frameworks. Even if they are using a standard mockup/design for both platforms, developers using native tools must change the code to fit the quirks of the native UI frameworks.

What are the benefits of using Flutter app development?

Flutter apps and businesses that use Flutter for Flutter application development are Alibaba Group, Google, BMW, Capital One, Square, Groupon, eBay, and many more. 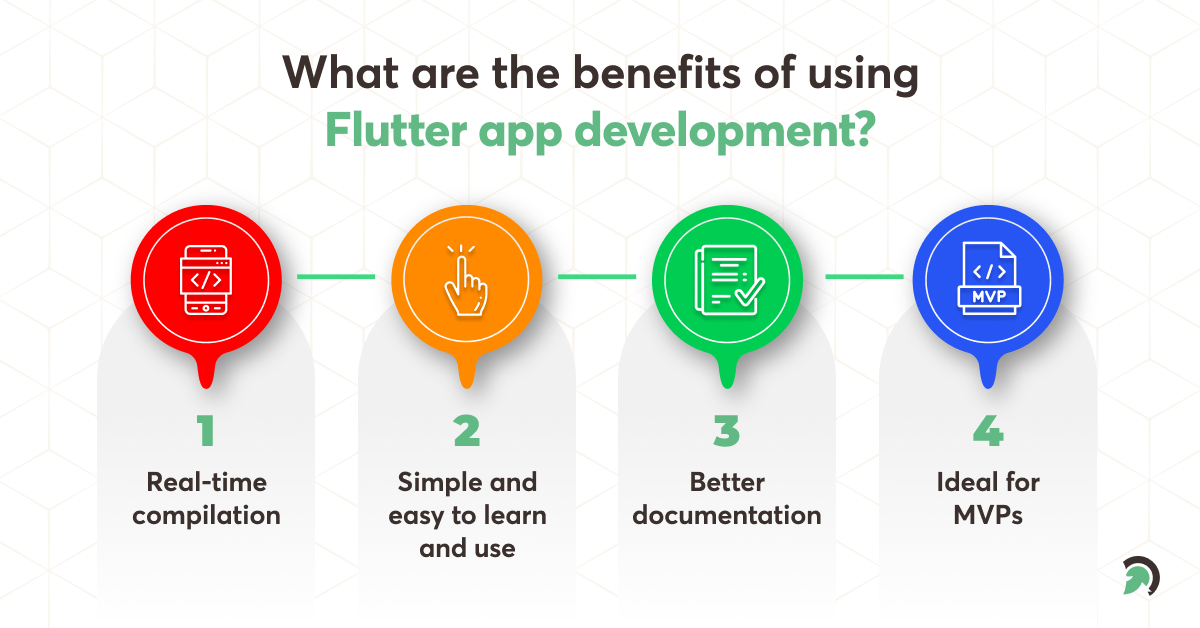 There are several benefits to utilizing Flutter for mobile apps, as many app development businesses and their clients are finding, including:

Flutter contains a feature called Hot-Reload, allowing you to see real-time changes. The time between making changes and updating them directly in the application is rapid.

Naturally, substantial changes require reloading the application. However, it may make less significant UI-based design adjustments quickly, and customers can quickly see what you’re working on without waiting for a long compilation to go live.

2. Simple and easy to learn and use

Flutter is a modern and user-friendly framework. Without writing much new code or suffering from a coding hassle, developers can build mobile apps that feel and look native.

Contrary to several open-source projects, Flutter’s documentation is a valuable resource. It’s well-documented, covers common use cases, and provides answers to any queries you could have about using Flutter to develop an app.

The time it takes to develop a mobile app is reduced with Flutter, and lower costs and a faster time to market result from less time. It is a significant benefit for companies that wish to build a mobile app and startups building MVPs at a reasonable cost.

What is a Native App?

Native app development entails developing apps in a platform’s native language and leveraging APIs/frameworks specifically developed for accessing device features or functionalities. Java or Kotlin with its JDK will be used for Android, while it will use Swift or Obj-C with the iOS SDK for iOS.

These solutions are often more reliable, safe, high-performing, and specifically designed for environmental and usage quirks.

With native technologies, the app is built mainly for a specific platform, such as iOS or Android. The developers use the following list of common programming languages and tools:

The main advantage of a native mobile app is that the developers may use the features already present on the device, such as the camera, geolocation, accelerometer, sensor, and more. To download and run the application, users must go to a specific store, such as the Apple App Store or Google Play Store.

When to use Flutter app technologies and when to use native development?

Here is a comparison of which is best for developing apps. In short, each technology is ideal for a particular scenario. The ultimate choice may depend on a preference or a specific circumstance. 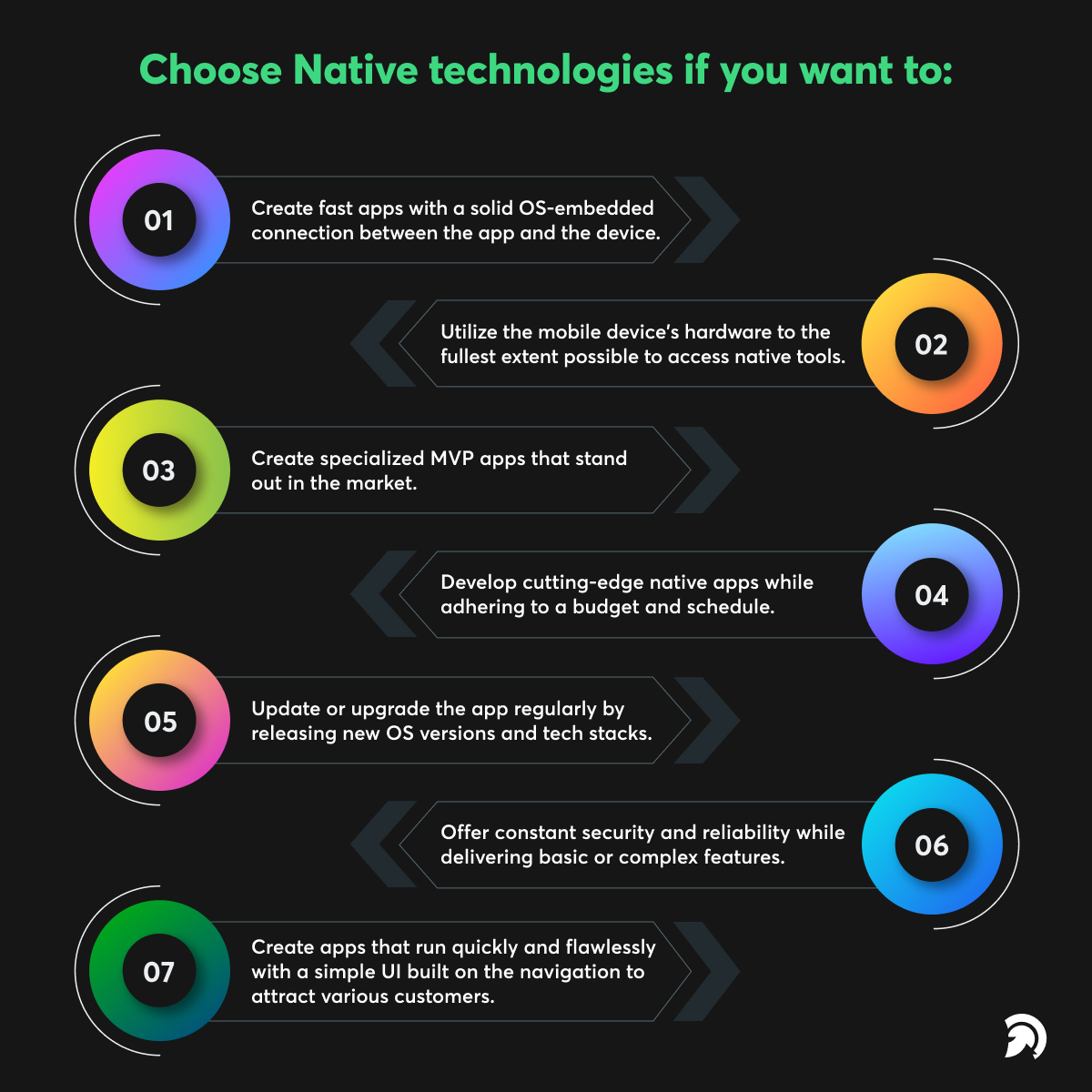 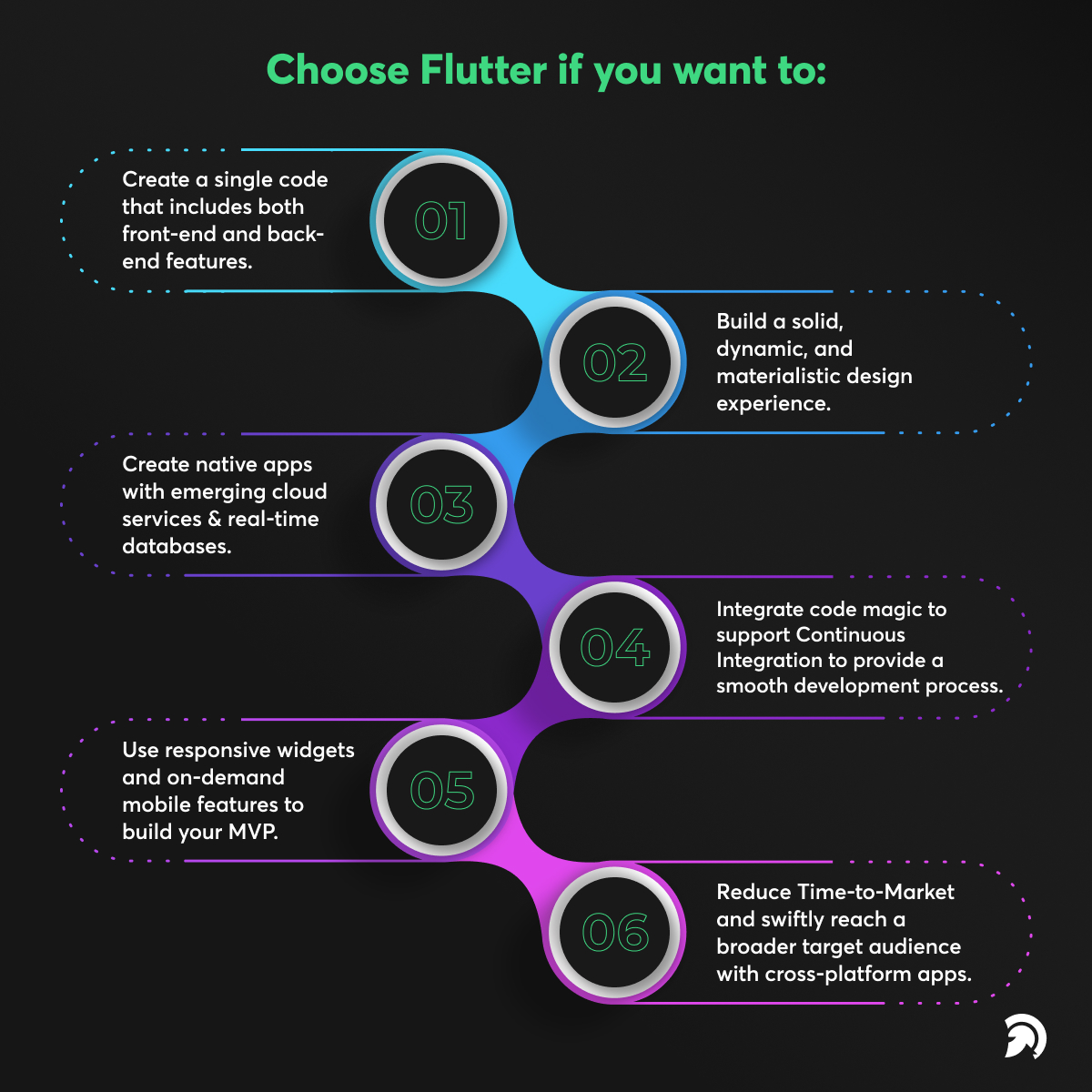 Get Free Consultation for your Next App Development technologies

Both Flutter mobile app and native technologies offer advantages, and choosing the best one depends on several factors, including project demands, cost, and business objectives.

Simple specialized applications with advanced animation features are best suited for native technologies, and Flutter is ideal if you desire faster development at a lower cost. Analyze the above comparison and select the one that will work best for you.

Consult with us if you are still unsure about choosing a superior technology. Our experts will assist you from beginning to launch of the application and will also give post-launch assistance.

Should I use Flutter or native?

Both iOS and Android have active native developer communities. Native apps require writing separate code for various platforms by two different developers or groups. But Flutter is probably the better option if you want to solve bugs simultaneously on both platforms.

Why should I choose Flutter over native app development?

It would be best if you chose Flutter technology. Its code reusability lets you develop a single codebase and utilize it across mobile Android, iOS, desktop, web, and more. It dramatically reduces development time, eliminates costs, and allows you to release your application much more quickly.

When should you use native app development?

The intended set of features, scope, and timeline for your project will define which type of development to choose. When your app is expected to be developed with complex and best-in-class functionalities like AR/VR, Visual effects, built-in games, etc., going native is an obvious choice.

Top 10 Reasons Why ASP.NET Will Speed Up Web Application Development 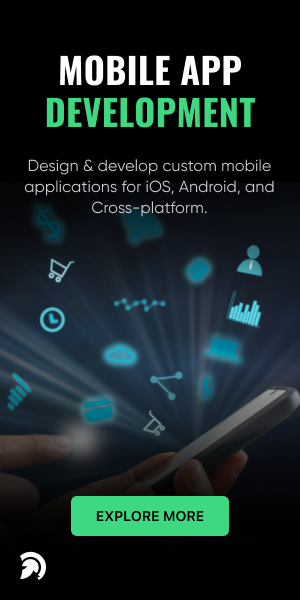