Medical Marijuana: The New World of Recreation, Health and Billions of Dollars

As soon as the word Marijuana hit your ears, the fundamental postulation you have about it is drug addiction which is not admissible by Society and can harm your health & brain. A section of this fiction may be is right, the overdosing of Marijuana does influence the motor control activity in the brain lead to memory impairment and contraction in reaction time although the alternative side of the coin is utterly contradicting.

Medical Marijuana is helping in treating health disease as:

Even the limited usage of Marijuana is propitious for recreational thinking, notably when you need a kind of imagination way beyond the normal human being. Medical Marijuana is substantially preferable for recreational purpose rather than Lysergic acid diethylamide(LSD) on which the whole Silicon Valley is hooked.

So why a herb having innumerable medical aid for Human is still considered as a taboo?

The crucial dialectics is because people around the World are not aware of the phenomenon of Medical Marijuana. So let me provide you with a brief overview of the past and future of this Industry.

Marijuana, also known as cannabis or pot, has a long history of human use. Most ancient cultures didn’t grow the plant to get high, but as herbal medicine, likely starting in Asia around 500 BC. The history of cannabis cultivation in America dates back to the early colonists, who grew hemp for textiles and rope. Political and racial factors in the 20th century led to the criminalization of marijuana in the United States and slowly half of the world went against the herb.

Now a new wave is advancing, society is clutching their head straight to reality and accepting Medical Marijuana as an important element of Medical Science. Targeted to be $150 billion Industry by the year 2030, many countries have legalized the use of Medical Marijuana, such as Canada, Netherlands, Denmark, New Zealand and most of the States in the United States, etc.

You can find early Startups trying to sustain in the bitter race of Marijuana Industry, without having the colossal leverage of advertisement tech Giants like Google, Facebook, Bing.

How do you think this Industry is going to fast-pace the growth without any medium of Marketing?

By the year of research and technology implementation in a different business spectrum, we have devised effective methodologies to increase your Medical Marijuana business.

Stay Tuned for our upcoming e-Book: – Medical Marijuana: Future & Statistics of business with technological implementation to shape the industry growth

Looking to Achieve Digital Transformation before 2020?

Top 6 Innovative Healthcare Trends to Look Out in 2022 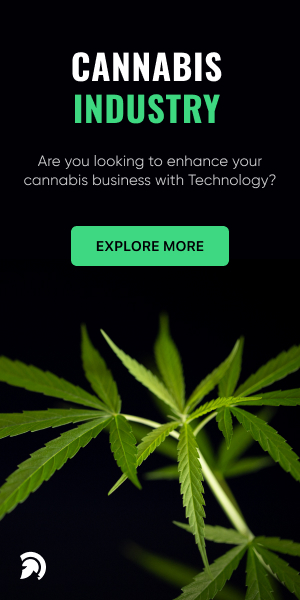